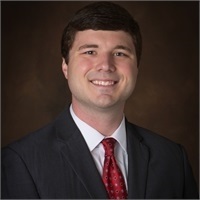 Jason Bryant was born in Nashville, Tennessee and moved to Montgomery, Alabama while he was in high school. He graduated from The Montgomery Academy and went on to earn a bachelor’s degree in Business-Finance from Elon University in North Carolina. In 2008, Jason began his career as a financial advisor and obtained his Series 7, Series 66, and state insurance licenses. In 2014, he joined McDonald & Hagen, an independent wealth management firm affiliated with LPL Financial. In 2018, he obtained his Accredited Investment Fiduciary® designation.

Jason prepares and maintains financial plans for business owners, corporate executives, and retirees. He helps families and businesses position their 401k, stock option, ESOP, and pension plans. Using the latest technology and a disciplined risk management process, he helps his clients build a diversified portfolio in line with a systematic cash flow plan.

Community involvement is an important part of Jason’s life. He has previously been an ambassador for the Montgomery Chamber of Commerce and he was recently honored for his fundraising efforts in the Best Dressed Ball for the Montgomery chapter of the American Cancer Society. He spends time volunteering for the OLLI program at Auburn University Montgomery. He is also on the executive committee and board of directors for Hospice of Montgomery.

Jason enjoys traveling to various sports events, spending time with his family on Lake Martin, and going on long walks with his golden retriever. He lives in the Old Cloverdale area of Montgomery with his wife, Alice and their one-year-old daughter, Emily.