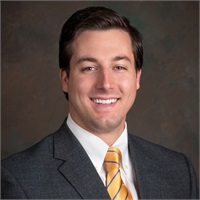 Austin Barranco joined the McDonald & Hagen Wealth Management team as a Financial Advisor in 2017 with a primary focus on achieving financial freedom for his clients, while adhering to the principles of trust, integrity, and respect.

Austin holds a degree in Commerce & Business Administration from the University of Alabama with a specialization in Finance, as well as Insurance & Risk Management.

Shortly after obtaining his degree, Mr. Barranco joined the largest independent Broker Dealer in the world, where he consulted some of the industry’s most successful producers with items such as new account documentation, money movement, and trade corrections. After serving on this team for nearly a year, LPL Financial moved Austin to San Diego to join the ranks of their compliance department. While consulting for LPL’s compliance team, Austin would go on to earn his FINRA Series 7, Series 66, and Series 24 registrations, which are still held by LPL Financial.

Austin was born and raised in Montgomery, Alabama and recently moved back to Montgomery to be closer to his family. He lives with his wife Maghen and his dog Chip, and he is a parishioner of Holy Spirit Catholic Church. In his spare time, Austin enjoys traveling, golfing, fishing, hunting, and college football.

One quote that Austin tries to live by is from Nick Saban, “A lot of people practice to get it right… But really, you practice until you can’t get it wrong.”